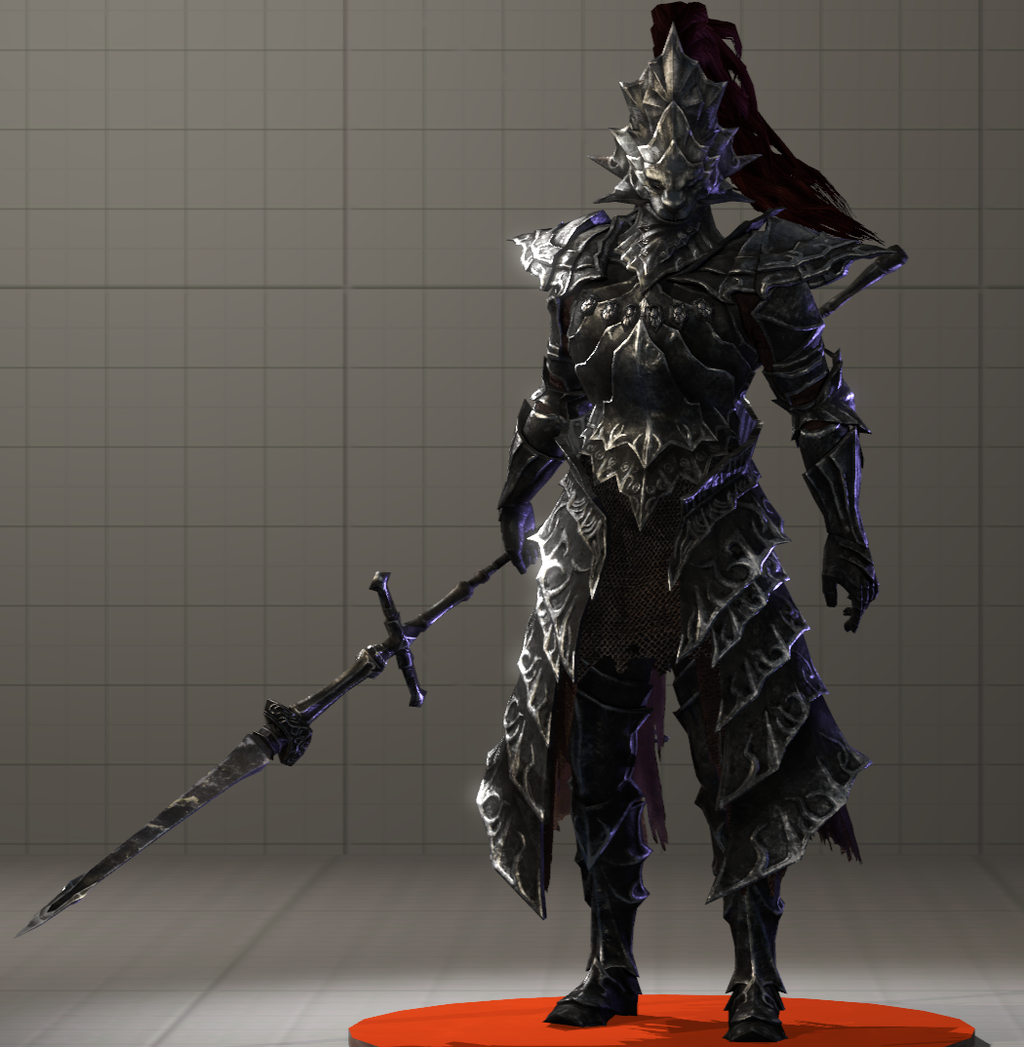 From Software games feature some of the best bosses in all video games.  This is the ten best of all those memorable bosses.  This list excludes Demon’s Souls because I never played it.  The rankings are based on three criteria.  The design of the boss, its difficulty, and its lore.

10. Gaping Dragon-Dark Souls  This was the second boss I’d ever seen in Dark Souls.  I had started the game in college, but hadn’t gotten into it.  My roommate loved it and I happened to be in the room when he ran into this bad boy.  We both gasped out loud when the creature stood up and revealed why it was called the Gaping Dragon.  This boss is on the list solely for its incredible design.  The teeth are incredibly detailed, reminding one of the pit in Return of the Jedi.  Your instinctual reaction is to recoil in horror and hope desperately that he (it?) doesn’t devour you.  Unfortunately, the Gaping Dragon is only number ten because he isn’t very difficult and doesn’t have a lot of lore.  In the fact, the boss is entirely optional.

9. The Pursuer- Dark Souls 2  The Pursuer certainly lives up to his name.  He appears repeatedly in Dark Souls 2 to hunt the player.  His initial entrance is pretty badass.  You climb a rooftop to kill a small enemy when out of nowhere an eagle drops him onto the roof.  He promptly dispatches you and makes you afraid to ever climb that rooftop again.  Only later do you learn that he is actually a boss.  But what makes him unique is that, like you, he doesn’t permanently die.  He shows up repeatedly in various places trying to kill you.  It’s even worse in Dark Souls 2: Scholar of the First Sin when he appears in places you thought were safe.  His design isn’t that unique however.  Like most bosses in Dark Souls 2, he’s a knight in armor. He does have some interesting lore.  Primarily, he’s on the list because of his repeated presence and the grudging respect you begin to feel for his dedication to his mission.

7. The Old Dragonslayer- Dark Souls 2 The Old Dragonslayer makes the list because of his implications.  Ornstein and Smough were one of the toughest fights in Dark Souls and it was shocking to run into someone who looks exactly like Ornstein in Dark Souls 2.  Even though the armor is differerent, the overall appearane, moves, and ring is the same.  It’s not a giant assumption to think the Old Dragonslayer is Ornstein.  And if it is Ornstein, it raises a lot of continuity questions.  Where’s Smough?  Is Heide’s Tower of Flame really Anor Londo?  If it is, what happened?  Ornstein’s story now becomes tragic.  Assuming it’s Anor Londo, then Ornstein hasn’t moved.  He’s still defending the Cathedral, even though he’s forgotten why.  Also, like many other major characters, he’s been corrupted by dark.  Even though the lore is the main reason why he’s on the list, the boss fight in itself is still fun.  Ornstein is as fast as ever and the addition of a dark area of effect attacks make him difficult.

6. Great Wolf Sif- Dark Souls   Great Wolf Sif makes you feel like the worst human being.  I fought him when I was under-leveled and it was extremely difficult.  When I finally lowered his health to three quarters, I was ready to shout for joy.  But then he started hobbling and half heartedly swinging.  In the space of ten seconds, he had changed from a monstrous beast to a whimpering animal.  For the first time, I felt no joy killing a boss.  It was even worse when I learned of his backstory.  He’s defending his master’s grave and simultaneously trying to prevent you from reaching the same fate.  But you have no choice other than to kill him.  Heartbreaking.

5. Father Gascoigne- Bloodborne  The first half of the game (before it descends into a Lovecraftian nightmare) is about the struggle between man and beast.  You must fight the beasts, yet not become them.  As Nietzche wrote, “Beware that, when fighting monster, you yourself do not become a monster…, for when you gaze long into the abyss.  The abyss gazes also into you.”  Father Gascoigne is the manifestation of that warning.  When you encounter him, he’s mindlessly smashing his axe into a corpse mumbling about beasts.  He turns to reveal sharpened teeth and lets out a snarl before charging you.  He also becomes the first boss to transform.  Once lowered to a quarter of his health, all shred of humanity abandons him.  His inner beast comes out with full bloodlust.  It’s even worse when you learn at what cost he lost that humanity.  His wife entered the hunt searching for him and in his rage he killed her, leaving behind his daughter.  Father Gascoigne stands as stark warning.  He is what you will become should you fail. Father Gascoigne is also, arguably, the most difficult fight in the game.  Since he’s a hunter he fights like you.  He dodges and parries and does charge attacks.  But it’s his transformed state that is the most frustrating.  He becomes incredibly strong and fast.  He’s able to chain long combos, leap in the air, and instantly kill you with a slam attack.

4. Artorias the Abysswalker- Dark Souls Artorias the Abysswalker was one of Gwyn’s four knights who helped him slay the dragons.  He’s referenced to repeatedly in Dark Souls, but doesn’t actually appear until early in the Dark Souls DLC.  He’s incredibly strong and fast, wielding a massive greatsword with ease.  He’s also been corrupted by dark, which give him extra attacks and enhance him overall.  He’s incredibly difficult and requires multiple attempts.  I watched my roommate struggle for hours with this fight. But what makes Artorias different than other boss fights is his story.  Artorias is a fallen hero; one who fought for greatness but was felled by the very evil he struggled against.  He was chosen by Gwyn to transverse the abyss and fight the plague of evil that had overtaken Ooacile.  He and Sif went but were overrun by the sheer amount of corrupted creatures.  Artorias sacrificed himself to save Sif and allowed himself to be corrupted by the dark.  You’re fighting a once great and holy warrior, who is now a shell of his former self.

3. Ornstein and Smough- Dark Souls  Ornstein and Smough are by far the most difficult enemies you face in Dark Souls.  It’s the only instance where summoning Solaire isn’t very helpful.  They work together extremely well.  Ornstein is quick and can speedily attack you.  Smough is slow, but hits harder.  While you’re busy avoiding one, the other usually attacks and kills you.  The worst part of the fight is when you kill one of them.  The other grows stronger and absorbs the power of one you killed.  He is restored to full health and is twice as hard to defeal.  This is a fight that requires a few dozen attempts. They are also both designed excellently.  The gold of their armor matches well with the decor of the cathedral.  You can tell they have a shared history by the way they leap down into the cathedral in perfect coordination.  Finally, the choral music for this fight is epic and memorable. They both have great lore as well.  Ornstein was one of Gwyn’s four knights and is called a dragonslayer.  Smough was an executioner, who wasn’t allowed to be a knight because of his cannibalistic tastes.  All in all, Ornstein and Smough is one of the most talked about and memorable fights in any From Software game.

Gwyn, Lord of Cinder, is the final boss in Dark Souls and he is a nightmare.  He’s one of the few bosses who is the same size as your character and it’s jarring.  You spend a majority of the game fighting creatures much larger than yourself.  It’s immediately a red flag when the final boss, who is typically the toughest, is your smallest boss yet.  Gwyn is exceptionally difficult.  He has a fire sword and easily closes the gap between you and him with arcing sweeps.  His speed makes it incredibly hard for you to be far enough away to use your estus flask.  He also has an unblockable grab move that can instantly kill you.

The fight is not only difficult but tragic as well.  Note the musical difference in this fight as compared to earlier boss fights.  No resounding orchestra, no booming chorus, just a lonely piano.  This fight isn’t supposed to be triumphant.  Rather, it’s meant to be sorrowful.  You are fighting a formerly great man who has been corrupted and lost his purpose.  He doesn’t even know why he fights you, but must by instinct defend his area.  Besides, defeating him isn’t truly “winning” the game in the traditional sense of the word.  After killing Gwyn you can kindle the flame with the knowledge that you will continue a cycle that will restore the world, but eventually corrupt you.  Or you can refuse to kindle the fire and rule over a dead and decrepit world.  Neither is a preferable option.

It was a difficult decision placing Gwyn at number two instead of number one.  The difficulty of the game and its length are what prevented it from reaching number one.  The game is so long and so punishing, especially if you complete it offline, that you’re just happy to be finished.  All the lore I mentioned in the above paragraph came from the second playthrough.  The first time I was so overjoyed that I finally conquered the game that I didn’t care about the reasons for or ramifications of my actions.

From Software’s greatest boss is Gehrman the Old Hunter.  Gehrman is an incredibly difficult fight.  He has the best weapon in the game, which you aren’t able to access until you defeat him.  He’s speedy and has a long reach with his scythe.  He leaps into the air to close gaps and has an unavoidable area of effect attack.

But it’s not just the difficulty that elevates Gehrman above his fellow From Software bosses.  Rather its the combination of the story, environment, and music that makes Gehrman different than all other bosses.  The environment is hauntingly beautiful.  You fight Gehrman in a giant cemetery filled with headstones.  The flowers all around reminds one of a garden, but a garden filled with death.  Gehrman doesn’t even want to fight you.  Gehrman was the first hunter in Yharnam and provided the template for all the hunters who followed.  In the end, he offers you salvation.  He offers to kill you so you would wake up from the nightmare.  He’s offering to rescue the player from all the horrors you’ve faced.  Only if you reject his offer does he rise to challenge you.  From his point of view, he’s just putting down another “lost” or “corrupted” hunter.  How many graves are filled with hunters just like yourself?  All of them?  And unless you found the right items for the secret final boss fight, killing Gehrman proves ultimately pointless since you replace him as the guardian of the hunt.  But it’s the music that puts the finishing touches on this spectacular battle.  The quiet strings set the tone for the inherent futility of the battle.  But it becomes truly lachrymose when the choir enters halfway through.  Rather than being loud and powerful like the other fights, the choir is low and mournful.  The choir hammers home the sheer tragedy and pointlessness of the fight.  Nothing is changing, nothing is being gained.

That’s my list of the top ten From Software bosses.  Feel free to include your own if I left any out or to suggest a different arrangement.